2016 Turley Zinfandel – Turley Wine Cellars has long been one of the more enviable wine operations in California. Larry Turley should,… (See Notes) – Purchased from the winery on release, shipped directly to professional storage and never touched until now.… (See Provenance)

Turley Wine Cellars has long been one of the more enviable wine operations in California. Larry Turley should, and does, receive enormous credit for nearly single-handedly preserving many of the heritage old vine Zinfandel sites that exist in northern California. Most of them were threatened with being torn up with what was believed to be more popular varietals such as Merlot, Cabernet Sauvignon and Pinot Noir. This estate produces nearly thirty single vineyard Zinfandels and Petite Syrahs, all from organically farmed vineyards. Natural yeast fermentations have always been the rule, and the percentage of new oak used has dropped from a high of 30% to about half that. Their Zinfandels are never shy, but tasting through the 2012s, it appears they are not as extracted as they once were, but the alcohols remain in the 15% to 16% range because Zinfandel is rarely ripe at lower sugars. It appears that Larry Turley was destined to resuscitate these old vine vineyards as he worked for a quarter of a century as an emergency room doctor. He now works full time shaping wines from nearly three dozen old vine parcels. As he says, he’s never met an old vine vineyard he didn’t like. Turley’s long-time assistant winemaker, Ehren Jordan, has left to pursue his own project (Failla Wines), but Turley has the highly competent Tegan Passalacqua as his wingman. Virtually every one of these 2012 Zinfandels will be drinkable upon release in 2014, and should last for 6-8 years. Larry Turley was one of the first to exploit some of the old vine vineyards planted in sandy soils from the backwater areas of Lodi and Contra Costa. The two Contra Costa sites include the Duarte and Salvador, both ancient vineyards with the Salvador directly planted on its own roots in 1896. The Duarte was named after a prominent grower in Contra Costa. The Petite Syrahs are different animals altogether and most of them should keep for 30-40 years – at a minimum!

Purchased from the winery on release, shipped directly to professional storage and never touched until now. 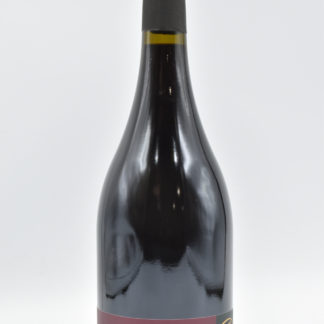