CLICK HERE to learn the provenance and other wines from this collection. 2008 Ampersand Red – Bob Levy and Martha McClellan have built impressive track records over the years. Levy has been the winemaker … (See Notes) – This prestigious collection comes to IronGate.Wine from a revered connoisseur and long-time wine collector. Lo… (See Provenance)

Bob Levy and Martha McClellan have built impressive track records over the years. Levy has been the winemaker at Harlan Estate since the winery’s inception, while McClellan makes wines for a small number of clients, including Sloan and Checkerboard. Levy and McClellan’s hillside vineyard is located on the western slopes of the Mayacamas Mountains and is planted on volcanic and sedimentary soils at an elevation of 500-600 feet above sea level. The Red Wine is predominantly Cabernet Sauvignon with a dollop of Cabernet Franc and Petit Verdot. In recent years, Levy and McClellan have moved towards more smaller-lot fermentations in French oak barrels."

This prestigious collection comes to IronGate.Wine from a revered connoisseur and long-time wine collector. Lover of US wines, he began collecting as soon as he realized he could ship his wines back to his home in Canada. This was not done without struggle, and as the quantity of bottles allowed to be imported back to Canada were limited, it was time to find a safe haven for his ever-growing assembly of fine wine. 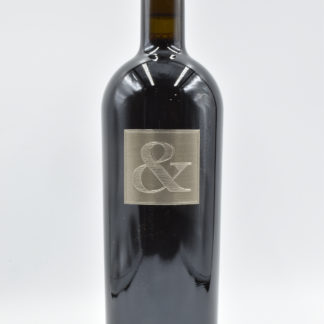