The shipping might take longer. The wine collection is in Canada and will be shipped to USA shortly. 1997 Michele Chiarlo Barolo Cerequio – The wine producing firm of Michele Chiarlo was founded in 1956 by the sole and present owners, Michele and Giu… (See Notes) – This Toronto collector kept his family in mind when buying these bottles. It all started when he learned that … (See Provenance)

The wine producing firm of Michele Chiarlo was founded in 1956 by the sole and present owners, Michele and Giuseppina Chiarlo. Son of over seven generations of esteemed wine growers, Mr. Chiarlo is today one of the most respected producers of the fine wines of Piedmont and a leading figure in its viticultural industry.At the production and vineyard level, where quality begins, Michele Chiarlo has for thirty years pursued an endless search for control over the finest vineyard sites in each of the zones from which he produces his wines. Perhaps the crown jewel among these is the vineyard of Fornace di Tassarolo in the Rovereto area of Gavi, a small parcel planted in 1910 which yields a brilliant and intense Gavi of exquisite refinement. He also has long-term agreements with the owners of two spectacular vineyards in the Castiglione Falleto and Serralunga crus of Barolo, from which he produces Barolo Riserva Rocche di Castiglione and Barolo Riserva Vigna Rionda di Serralunga. In addition to these contracts, he has also purchased the Antico Podere Averame in the Cerequio cru of Barolo, considered one of the zone's finest Nebbiolo vineyards; and an estate, also in Barolo in the cru of Cannubi, which due to its extremely sharp gradient had never been cultivated. With considerable capital investment, this vineyard has been terraced and brought into production, the first time such a project has ever been undertaken in Piedmont.

This Toronto collector kept his family in mind when buying these bottles. It all started when he learned that his wife enjoyed German Rieslings and sweeter wine in general. Exclusively purchased through the LCBO vintages group, he was able amass a wide range of late-harvest and Pradikat-level Rieslings and Pinot Gris.When his daughter entered medical school, this collector began buying wines with the word “Dr.” in it, like the infamous Dr. Loosen. She would bring these with her to gatherings with her peers throughout her degree. It was also in this time that he began buying her half bottles, so she would never have to feel bad about opening a full bottle on her own.The Summerhill and Bayview Village mall LCBO locations knew this collector well and would often hand-select cases for him - though it was not abnormal to find him scouring Toronto’s best LCBO’s for his favourite wines if he knew he could find extras.This collection was stored in a private home cellar. Expertly built by the collector, he sawed and sanded each of the wooden bottle neck holders. When he ran out of space on the shelves, he carefully stored excess bottles in terracotta holders raised from the floor. Everything was monitored, including temperature and humidity, and kept the cellar locked at all times with the key hidden.It is very uncommon today to find a cellar filled with such exquisitely-stored German and Alsatian gems. In a time where Bordeaux and Burgundy are topping the charts for wine collectors, these bottles are now in their prime drinking years and are proving a wonderful opportunity for for wine lovers to appreciate some of the best mature white wines in the World! 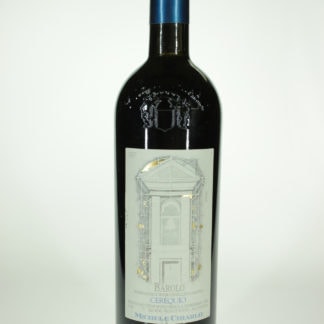