The shipping might take longer. The wine collection is in Canada and will be shipped to USA shortly. 2016 Georges Roumier Bonnes Mares – The 2016 Bonnes Mares Grand Cru was not as affected by the frost as other cuvées. Christophe explained that th… (See Notes) – Seller:I began collecting during University in my early 20’s while working retail for an Ontario winery. Initi… (See Provenance)

The 2016 Bonnes Mares Grand Cru was not as affected by the frost as other cuvées. Christophe explained that the northern part of his vines was less frozen and ended up being cropped at a none-too-shabby 28 hectoliters per hectare. Also, his holding is augmented by half a hectare situated on the terres blanches soils under a new fermage from Pierre Naigeon. It has a very precise bouquet that delivers exquisite blackberry, briary and subtle leafy/undergrowth scents emanating from the whole bunch element. For a Bonnes Mares, this has an atypically firm structure: a more masculine Bonnes Mares with dark berry fruit and hints of graphite toward the finish. This is a Bonnes Mares that is holding its breath, and it deserves several years, probably a decade, to reach its drinking window. It is not quite as good as the 2015 Bonnes Mares, but it is only a whisker away

Seller:I began collecting during University in my early 20's while working retail for an Ontario winery. Initially I was drawn to the wines of Italy, but over time began to focus on French wines, especially Burgundy. I have always had a great appreciation for white wine, particularly for the wines of Chablis, Loire, Austria and Germany. Generally I purchased wines from the LCBO and directly from agents ( I keep all my invoices and probably have digital or paper copies of invoices for everything).The wines have been stored at home, in temperature controlled, specially built wine cellars. 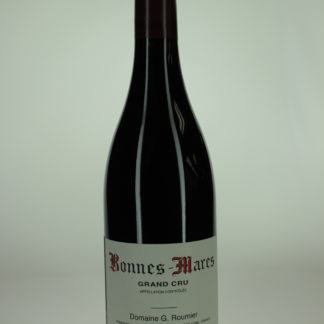