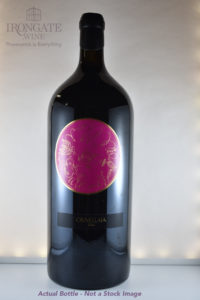 The Ornellaia Vendemmia d’Artista program began in 2006 to display the unparalleled talent of artists from around the world, Each artist created a work of art to interpret the uniqueness of each vintage at the source of Ornellaia. Each vintage was marked by a different artist, produced in minute quantities, and often auctioned during an annual charity event to raise money for the Arts.

The inaugural 2006 l’Exuberanza was designed by the acclaimed Italian artist, Luigi Ontani – chosen to communicate the exuberance of Ornellaia produced in this fleeting window of time.

“Luigi Ontani has created a series of column-sculptures that symbolise the four seasons of the year, and which also operate as fountains. Ontani’s work depicts the succession of the seasons through use of natural elements that symbolise the various seasons of the year: flowers for Spring, wheat for Summer, grapes for Autumn, and walnuts for Winter. These four allegorical representations of the seasons remind us of the temporal aspect related to winegrowing…which is intimately linked to Nature and to the cycle of its seasons.”

Only 20 of the 6000mL bottles of this rare Italian wine were ever produced, each individually numbered and signed by Luigi Ontani. Resting in it’s beautiful wooden case, this is a cellar show stopper and meant to be enjoyed for many years to come. 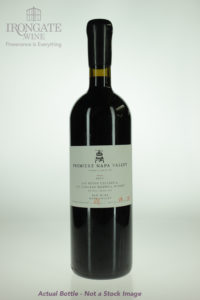 Premiere Napa Valley wines offer the exclusive chance to experience the personality, style, and terroir of the best vineyards and winemakers in Napa Valley. Offered solely at auction to restauranteurs and wine retailers, this is a unique opportunity to try something that is truly one of a kind. Each vintage is made by a different winemaker, from the best plots, and often shining the light on a variety of blends that capture the spirit and generosity of the region. 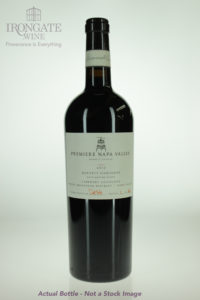 The 2011 “We Will Rock You” by Bevan Cellars and Chateau Boswell Winery was crafted by renowned winemaker Russel Bevan. Only 10 cases in total were produced – a cépage of highly concentrated, Clone 4 Cabernet Sauvignon and Estate Cabernet Franc from Boswell Estate and opulent Bevan Merlot.

The rare, 2012 “Rattlesnake Blend” comes from Barnett Vineyards in the Spring Mountain District. It is an all-estate blend containing 80% Cabernet Sauvignon, 10% Cabernet Franc, and 10% Petit Verdot that was planted on volcanic soils and spent 22 months in new French oak barrels. This magnificent Napa Mountain wine was only produced in five cases.

View more from this collection