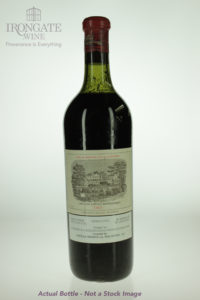 As IronGate.Wine celebrates its 15 year anniversary, we have the great pleasure of offering one of the most iconic wines in the world. A wine that also happens to be celebrating its 150th birthday, the 1869 Lafite-Rothschild.

This bottle is nothing short of exceptional. As a rare, pre-phylloxera wine, this vintage was the first to be Chateau bottled at Lafite. It also marked the first vintage under the ownership of Baron James de Rothschild.

Zachy’s sold a magnum format at auction for $123,500 USD in April, 2019, described the 1869 vintage as being “a rare year that combines quality and quantity. It was the perfect climate for growth and the harvest (which fell on September 15th). The wines of 1869 are the result of a dry season, and are better than the 1867’s”.

According to The Drinks Business, in 2010 three separate 750mL bottles were sold at a Sotheby’s action for $232,692 USD each. This bottle was the world’s most expensive standard sized bottle of wine ever sold.

When Wine Spectator published a tasting note for this wine in their November, 1991 issue, it was described as “very vibrant for a wine of this age, with substantial cherry flavour and a bit of Roquefort in the aroma. Drying out on the finish, but still quite impressive”. A true testament to the longevity and caliber of the chateau, this bottle is a true collector’s item that has captured a window of time in history. 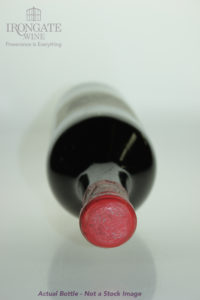